FIDELITY was considered the key evidence by the Council for Choices in Health Care in Finland (COHERE, a permanent body appointed by the Government that works in conjunction with the Ministry of Social Affairs and Health) in making a rare restrictive funding decision; COHERE declared in 2017 that knee arthroscopy for degenerative knee disease will no longer be included in the range of public health services available in Finland 1.

Possibly even more noteworthy, in the same year, the BMJ RapidRec panel issued a guideline that made a strong recommendation against the use of arthroscopy in nearly all patients with degenerative knee disease 2. The panel went further to recommend that healthcare administrators and funders may use the number of arthroscopies performed in patients with degenerative knee disease as an indicator of poor quality care.  It is possible that knee arthroscopy could be considered one of the starkest examples of modern medical reversal.

We just published the FIMPACT trial, so it is too early to say anything about its’ practical impact, but stay tuned, in 2-3 years, we should be able to comment on that, too.

Where are we now?
The funders seem to be reacting to the mounting evidence on various procedures being shown to be marginally effective or “low value care”. Subacromial decompression and knee arthroscopies for arthritis are among an initial list of 17 operations that will be discontinued completely or highly restricted by NHS England:

One way to consider this is that in less than 50 years, the use of arthroscopic surgery for knee and shoulder pain went from new techniques to widespread clinical practices, to be utterly rejected. As such, they would mark one of the most staggering examples of Scott’s parabola 3 in medicine (below): 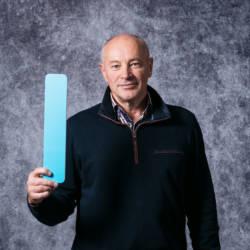 Arthroscopic partial meniscectomy versus placebo surgery for a degenerative meniscus tear: a 2-year follow-up of the randomised controlled trial.

Mechanical Symptoms and Arthroscopic Partial Meniscectomy in Patients With Degenerative Meniscus Tear: A Secondary Analysis of a Randomized Trial.

A multi-centre randomized controlled trial comparing arthroscopic osteochondroplasty and lavage with arthroscopic lavage alone on patient important outcomes and quality of life in the treatment of young adult (18-50) femoroacetabular impingement.