Why is this trial needed

Subacromial pain or “impingement” syndrome is the most common cause for shoulder pain. It is commonly attributed to ’impingement’ of the rotator cuff tendons between the humeral head and the overlying acromion

Although the first-line treatment for patients with shoulder impingement symptoms is non-operative, arthroscopic subacromial decompression (ASD) has become one of the most frequently performed orthopaedic surgeries in the world.

ASD procedure is premised on the rationale that removal of bone from the undersurface of the acromion makes space for (i.e., ‘decompresses’) the rotator cuff tendons in the subacromial space.

To date, the evidence in support of ASD consists of favourable patient experiences in uncontrolled, before-after studies on patients undergoing the ASD. However, studies comparing ASD to non-operative treatments have failed to show benefit for ASD. Despite the evidence, the practice of performing ASD for patients with shoulder pain is still very common with some 250 000 such procedures carried out each year in US alone.

What is the primary objective of the FIMPACT trial?

We have already published: 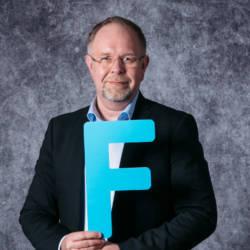 The FIMPACT trial’s five-year results are published in the flagship sports medicine journal, the British Journal of Sports Medicine!